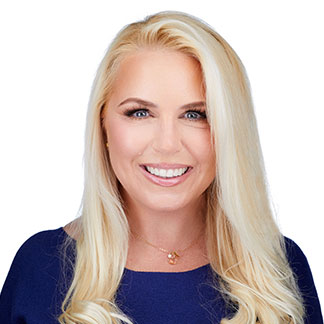 Dr. Annie G. Kemps grew up in Orlando, Florida and earned her Bachelor of Science from the University of Notre Dame in South Bend, Indiana.

After her undergraduate education, she obtained her dental degree from Boston University’s Goldman School of Dental Medicine via an academic scholarship through the US Army. In exchange for her scholarship, Dr. Kemps served as an active-duty Captain in the Army for four years as a general dentist. She was stationed at Fort Eustis outside Williamsburg and was deployed to Iraq in support of Operation Iraqi Freedom. Dr. Kemps was awarded multiple medals of commendation throughout her service and takes pride in her history as a “combat dentist.”

In 2010, following her military career, Dr. Kemps went into private practice in Yorktown, where she joined as an associate in a three-doctor, highly advanced practice. She served in that practice for only a year before her husband, also an Army Captain, learned that he was to be stationed in Stuttgart, Germany. The couple lived in Germany for close to three years, where Dr. Kemps practiced as a dental contractor with all branches of the military: Army, Navy, Air Force, and Marines.

Dr. Kemps and her family have since relocated to the Washington, DC area, where she joined Dr. Mabry at his Arlington practice.

Dr. Kemps embraces new technologies and treatment options, and utilizes all available methods to provide the best and most discerning care possible, while simultaneously ensuring that the patient has the most enjoyable experience possible.

Dr. Kemps is married to Anton Kemps, a former Army Officer who now works in the private sector. In the fall of 2013, Annie and Anton welcomed their daughter Hope into the world, and in the spring of 2015, her brother Chase joined the family.

Annie, Anton, Hope, and Chase live in Annandale and enjoy all forms of travel, especially to places off the beaten path, and continue to explore all that Northern Virginia has to offer.